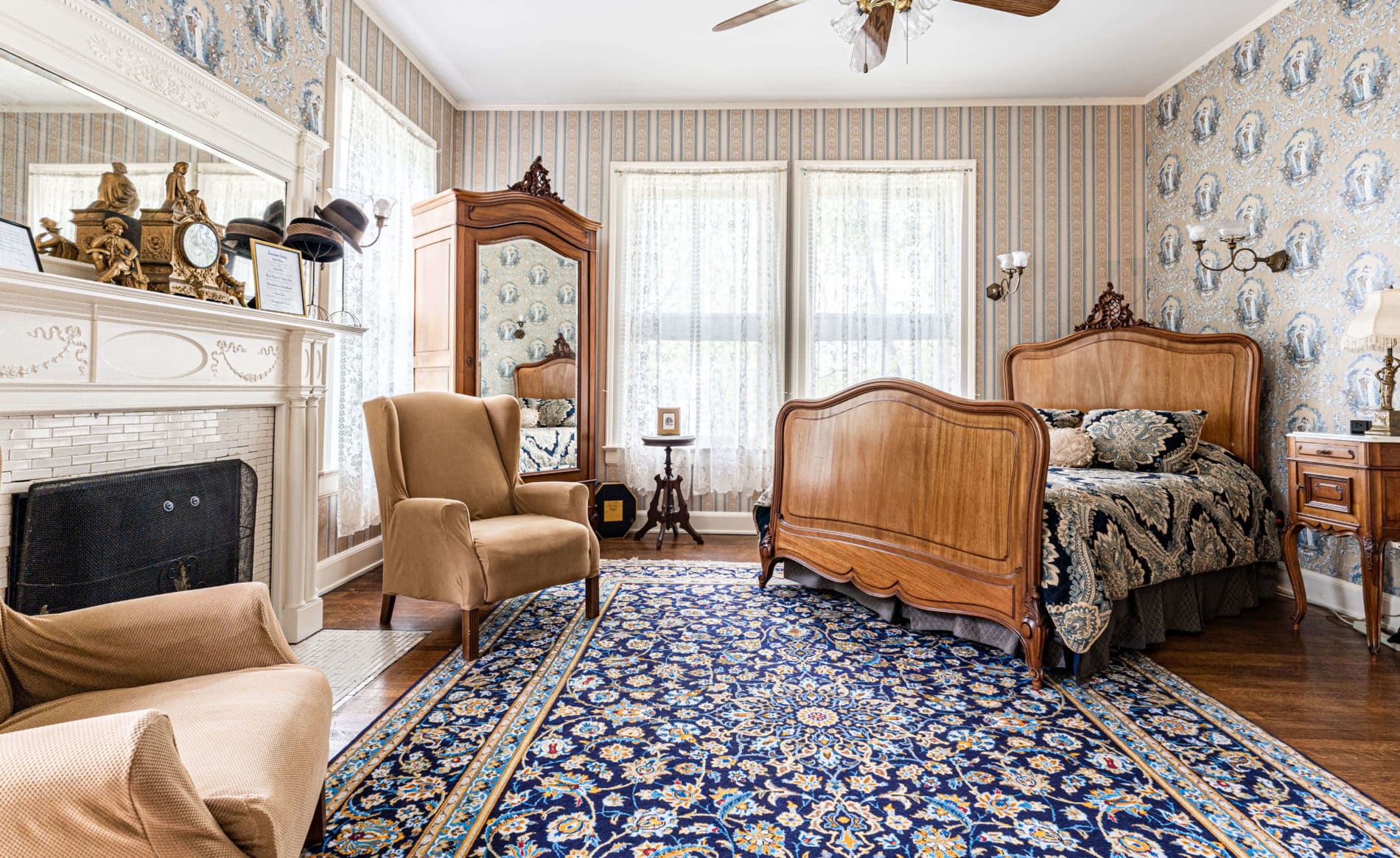 The ever popular Julia Vrooman Suite boasts a bright, sunny atmosphere. Overlooking the back lawn and garden, the large south and west windows offer a filtered view of the tree-lined street to maintain your privacy. After a busy day exploring Bloomington, Illinois, you can return to relax in this quiet retreat – or sit on the side porch gazing outside or getting lost in your own thoughts. Julia Vrooman’s charm and grace is evident in this room, which features a queen-size bed, European carved furniture, and an ornamental fireplace. Decorated in shades of blue and gold with a light and airy feel, it is easy to see why this is a favorite choice of lodging.

The modern attached private bathroom combines the old and the new with a pull-chain toilet, a pedestal sink, and a cultured marble walk-in shower. This room is ideal for anyone preferring a shower instead of a tub, or tub/shower combination.

Read about our gourmet breakfasts which you’re likely to naturally wake up to the smell of each morning.

Interested in what previous guests have had to say about their stay? Read from our Book History blog series about the reasons guests have enjoyed the Julia Vrooman Suite and Vrooman Mansion: 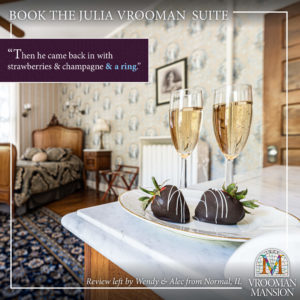 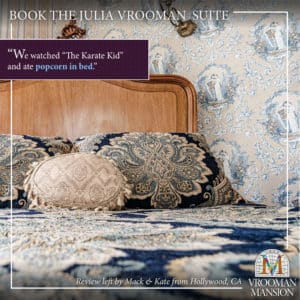 WHAT OUR GUESTS ARE SAYING

…The Julia Vrooman suite is just wonderful, beautifully appointed, and comfortable. I can still see my sister standing in front of the mirrored wardrobe in her wedding gown…and it is all so charming. Thank you for having us and thank you for keeping the integrity of this lovely home. 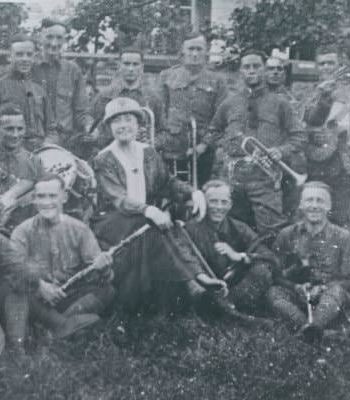 A BIT OF HISTORY

Beginning on August 23, 1918 until late 1919, she worked for the YMCA with American soldiers at the front during World War I. When asked why she was doing this, Julia replied “I have no children. I am in perfect health. I am fortunate enough to be able to speak both French and Italian. If, instead of looking for an opportunity to get into war work, I were looking for an excuse to avoid it, I could not find one.” As part of her work with the YMCA., Julia formed a jazz band of soldiers of the American army of occupation in Europe to entertain and improve the morale of the troops in France, Germany, and Belgium. After the performances, she would frequently hold a dinner for the soldiers where she and her band entertained. She often provided the food from her own supplies or bought food with her own money. Julia would also hold “cocoa parties” to help Illinois soldiers fight against homesickness. For her efforts to keep the troops’ morale high during the war, in 1921 Julia was made an honorary member of the John H. Kraus Post of the Veterans of Foreign Wars in Bloomington, an honor of which she was very proud.