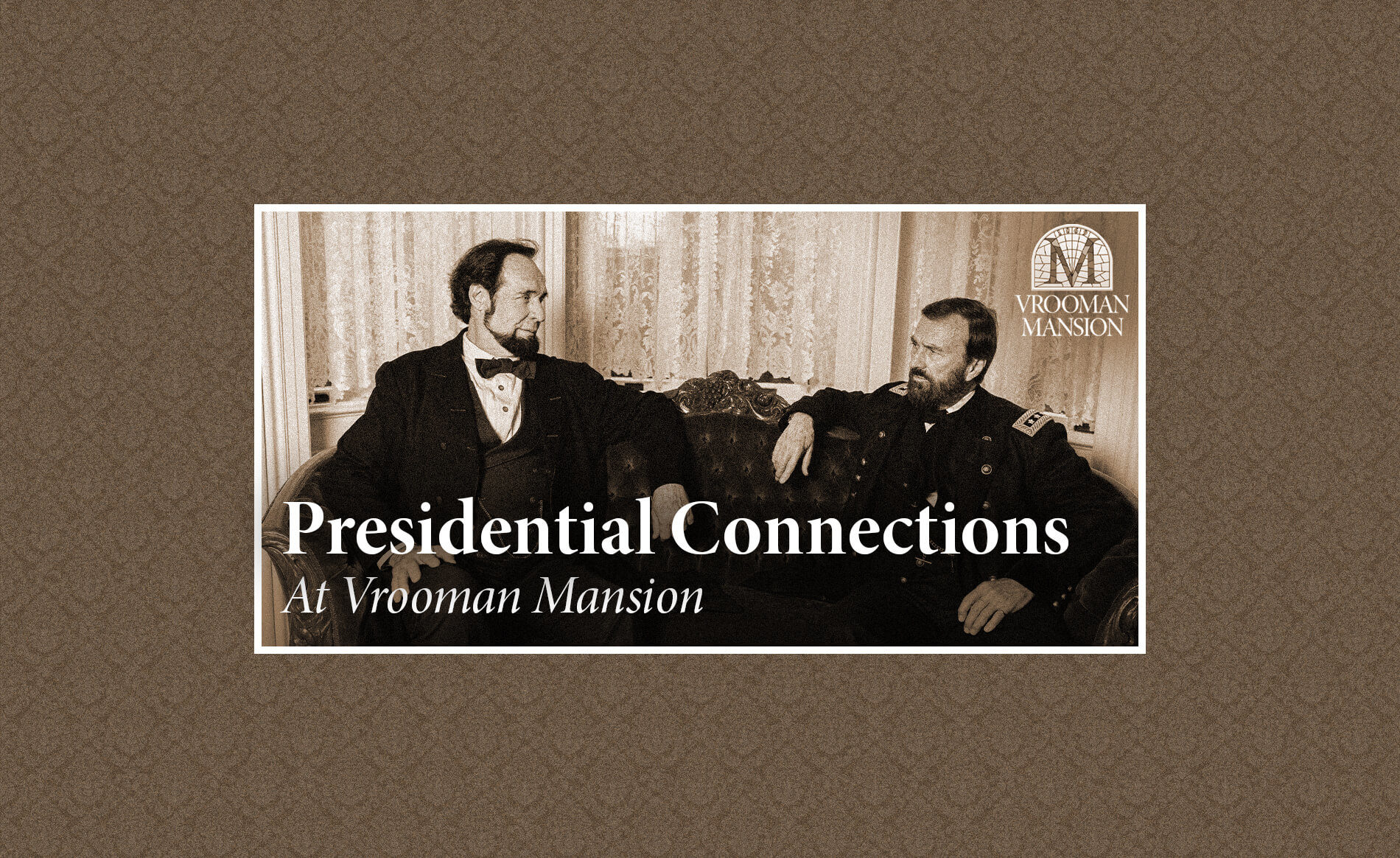 Vrooman Mansion has always been a place where people connect. It still is. What you might not know are the presidential connections linked to Vrooman Mansion and the broader Bloomington-Normal, IL community. This President’s Day start making plans to explore more on your own, and consider central Illinois as your next historic road trip. Route 66 is waiting! 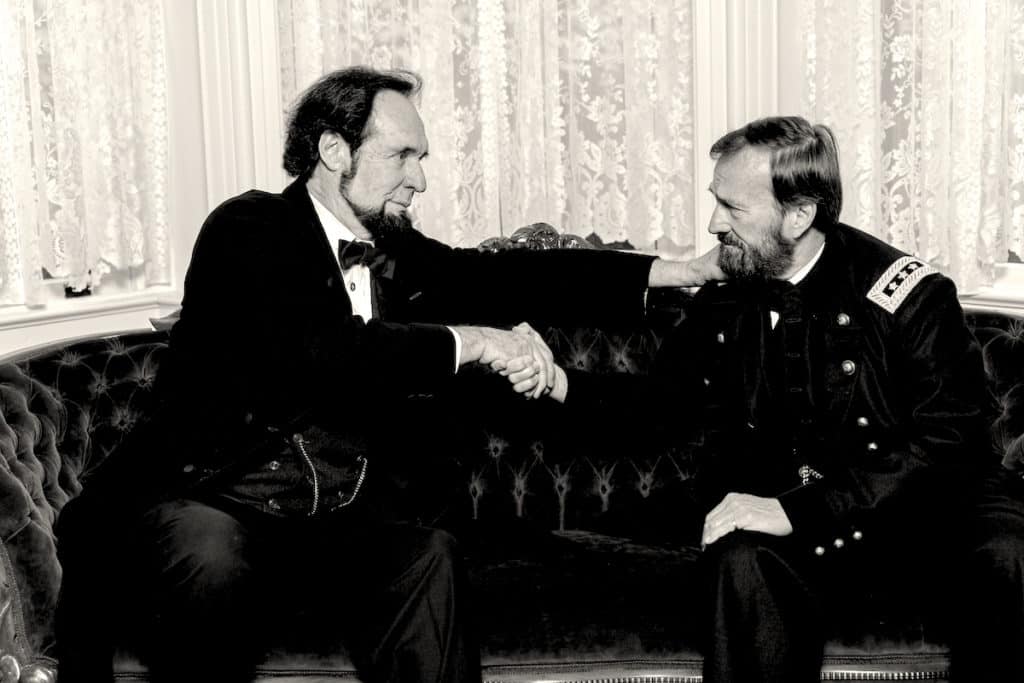 Neither Lincoln nor Grant visited the mansion (it wasn’t built until 1869), however historic interpreters Mr. Boggs (Lincoln) and Dr. Fields (Grant) recently spent time at Vrooman Mansion and shared a handshake in the parlor room.

Presidential Connections with the Vroomans and Scotts 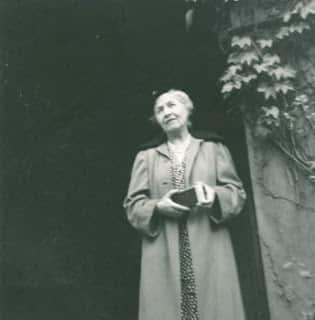 Julia Vrooman stands on the side porch of the Mansion. Could she be waiting for someone?

There is a small plot of land next to the Vrooman Mansion Carriage House where today you’ll find a commemorative plaque. This is the original home of the Lincoln Oak where Abraham Lincoln and his opponent Frederick Douglas gave several speeches. Lincoln was against slavery and spoke often about it passionately as he was seeking Douglas’ Senate seat. 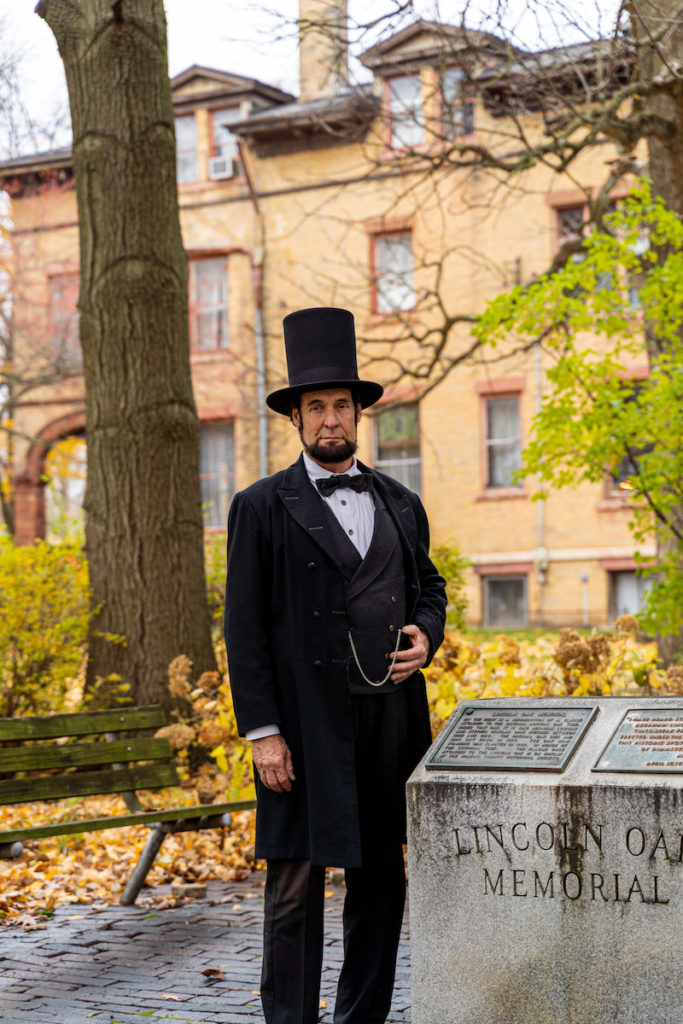 What you may not know is that Julia Scott Vrooman donated this little infamous plot of land from the Vrooman Mansion estate to the city of Bloomington in 1966 so that it could be experienced by anyone in the community. Though the original Lincoln Oak died, it was replaced by another tree in the 1970s. 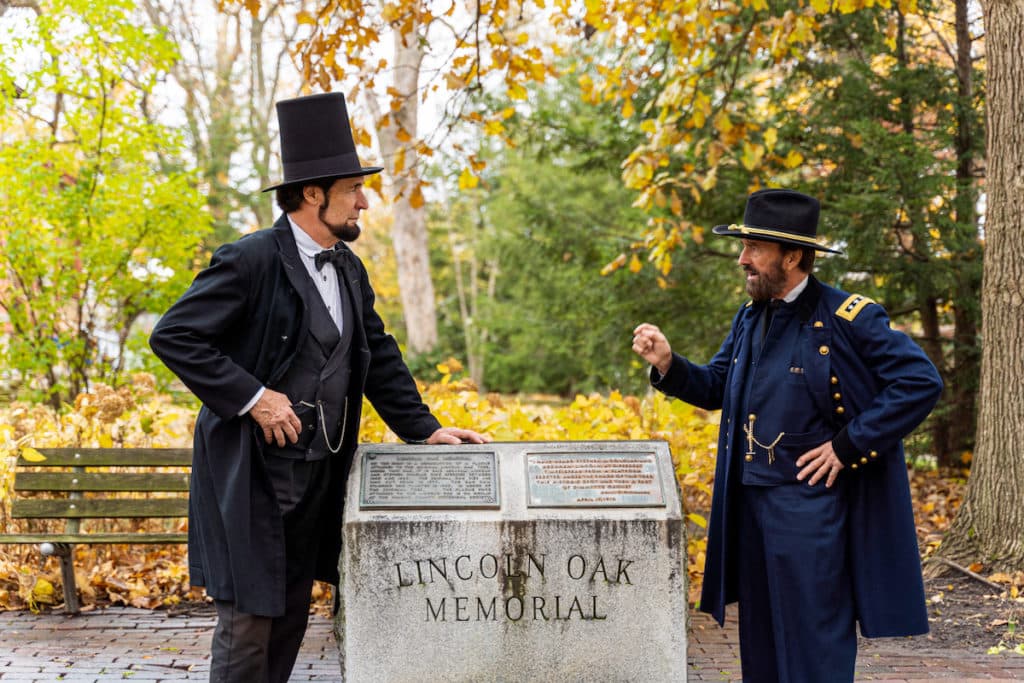 And not too far from Vrooman Mansion, you’ll find historic Franklin Park. Near Illinois Wesleyan University, this is a place where many prominent figures delivered speeches on the square including William Jennings Bryan (also a friend to the Vroomans), Ulysses S. Grant, Roger Ingersoll, Carl Sandburg, Clarence Darrow, and Theodore Roosevelt (who as we mentioned dined at the Vrooman Mansion dining room table with Eleanor). 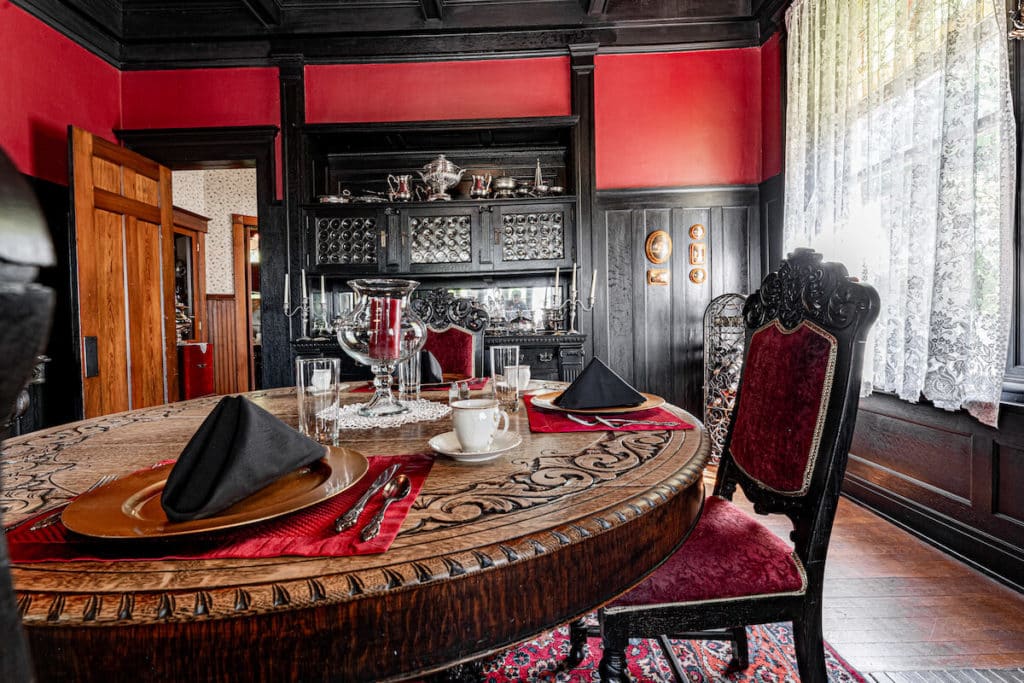 This dining table is original to the mansion and has entertained presidents, diplomats, poets, and more. It continues to be the spot for our gourmet breakfast for guests like you.

Presidents Abraham Lincoln and Ulysses S. Grant never stepped foot in the mansion… until November 2021. You read that right. Back in November we were thrilled to have two nationally recognized historic interpreters, Mr. Dennis Boggs as Abraham Lincoln, and Dr. Curt Fields as Ulysses S. Grant stay at Vrooman Mansion. They were in the area in support of the Illinois Association of County Officials Fall Conference, which was held in McLean County for the first time.

Mr. Boggs and Dr. Fields shared their stories of Lincoln and Grant who rose to become American Icons. And we were lucky enough to have a photoshoot with them recreating famous photographs at various spots within and outside the mansion including at the spot of the Lincoln Oak. 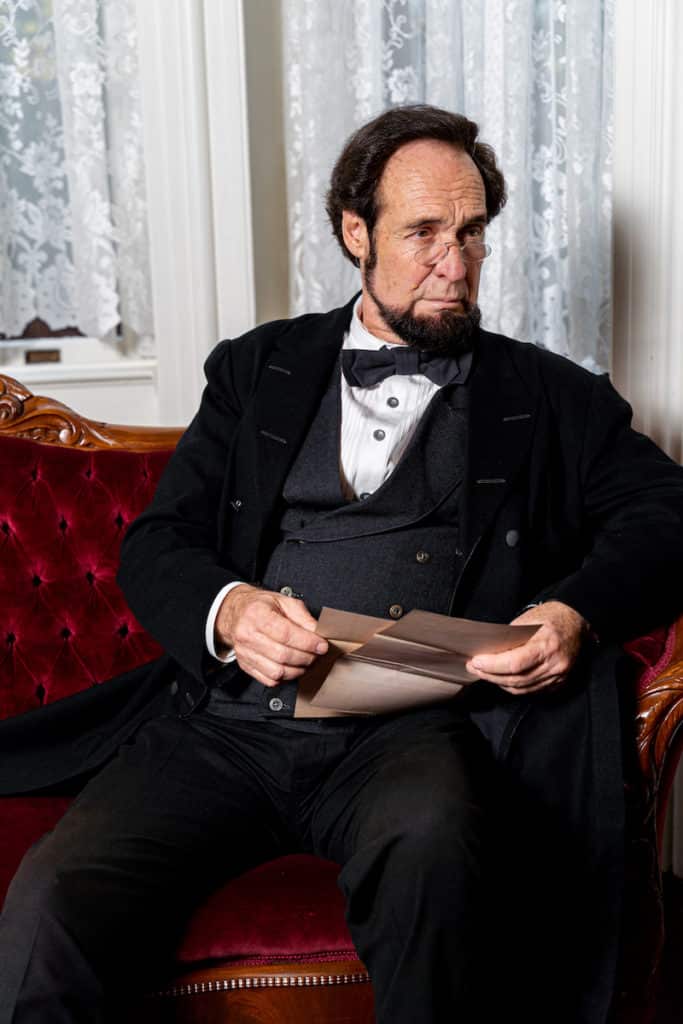 Mr. Boggs, as Lincoln, on the red velvet couch in the Vrooman Mansion parlor 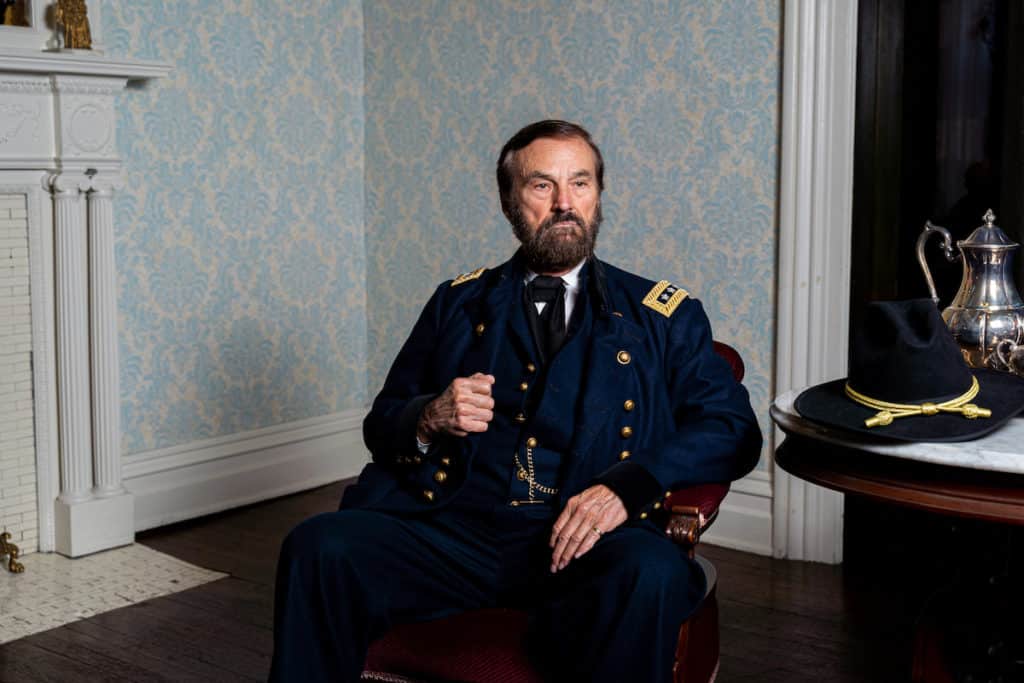 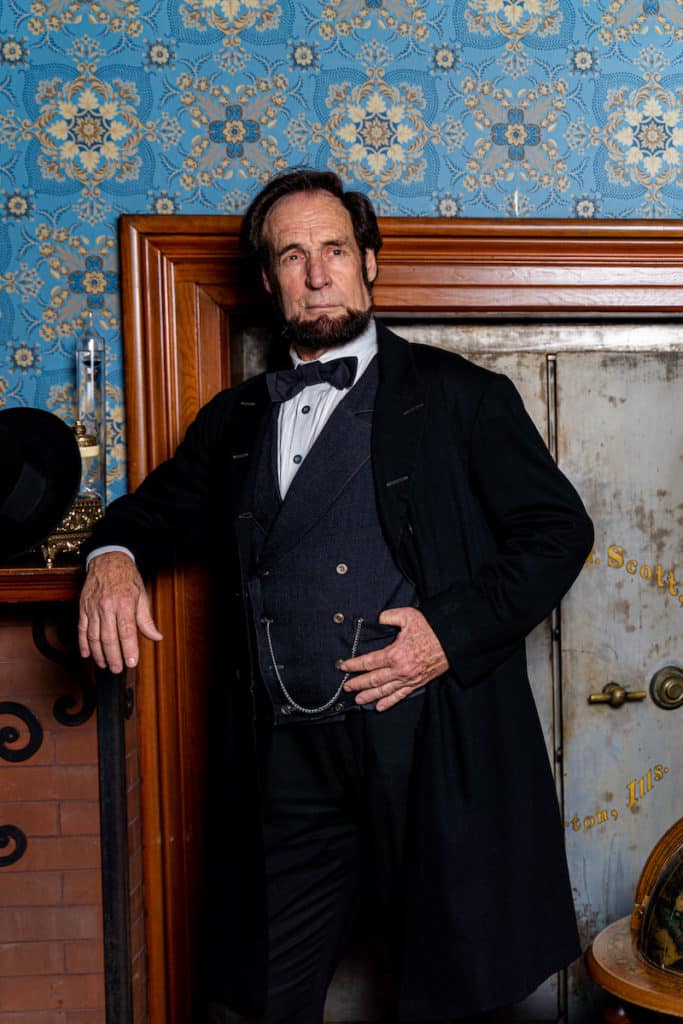 Mr. Boggs, as President Abraham Lincoln, in the “Safe” room at Vrooman Mansion in Bloomington, Illinois. 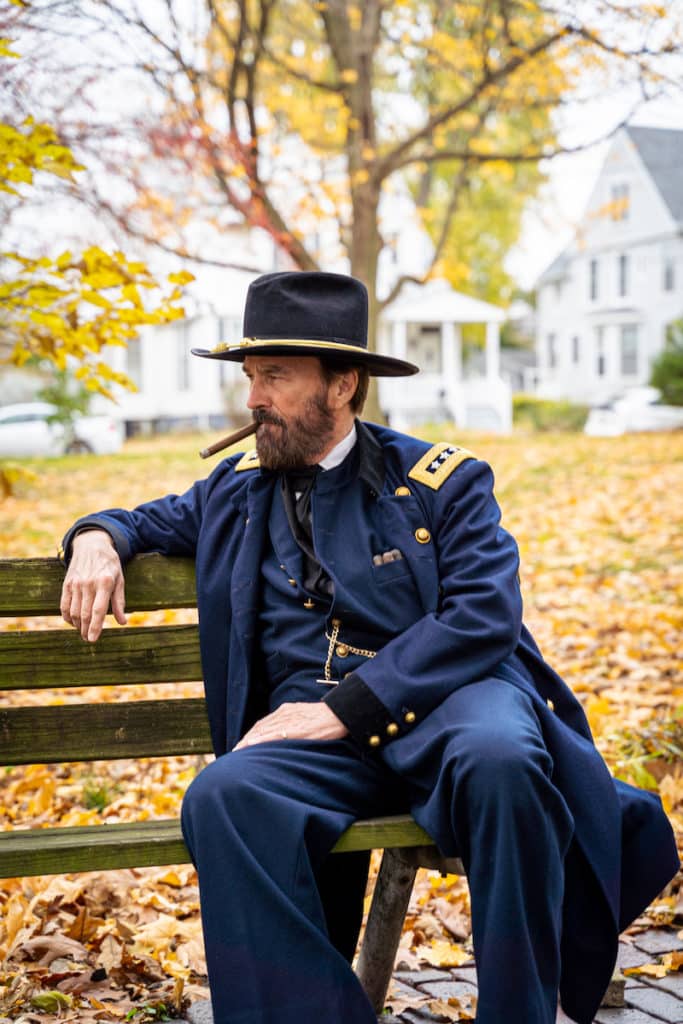 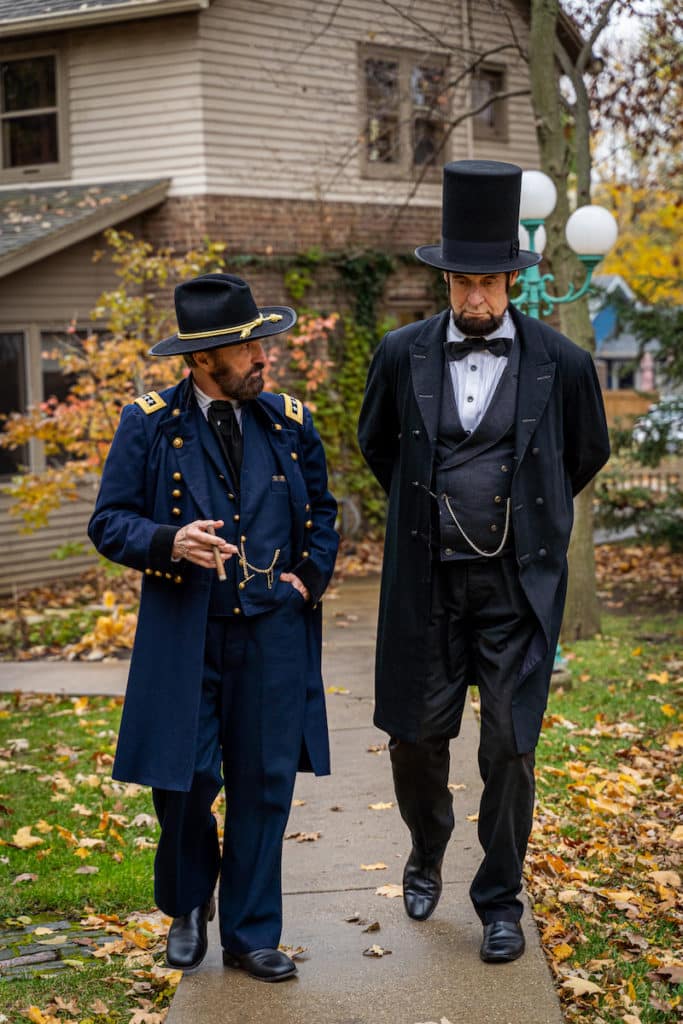 Historic interpreters Dr. Fields as Grant, and Mr. Boggs as Lincoln, walk from the Carriage House toward Vrooman Mansion

There is so much more to learn and explore about Lincoln and Grant, and their relationship. Grant was the Commander of the US Army under Lincoln’s presidency and the two men shared a profound respect and admiration for one another. In fact, Grant was supposed to accompany Lincoln to Ford’s Theater, but had a family change of plans at the last minute that prevented him from attending. According to an account captured in the book Grant by Jean Smith, at Lincoln’s funeral on April 19th Grant stood alone and wept openly; he later said Lincoln was “the greatest man I have ever known”. 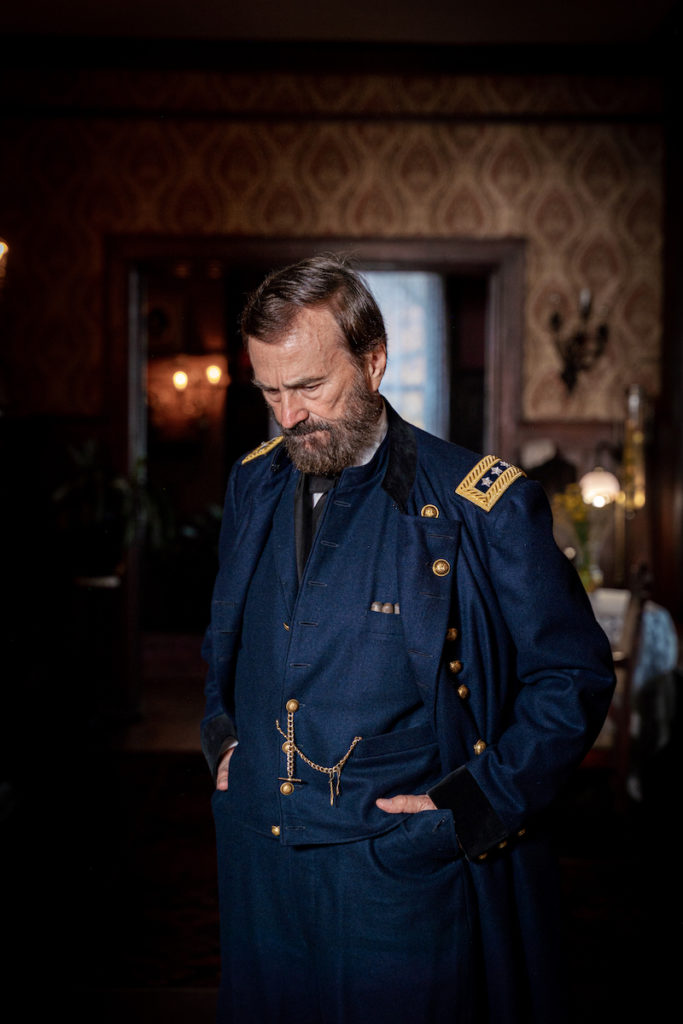 Choose to Stay at a Piece of History

Most individuals think of Springfield, Illinois when they think of Abraham Lincoln, but they’d be missing important parts of his journey to the presidency if they left out Bloomington-Normal, IL.

We highly recommend you take a trip down Route 66 to the Cruisin’ with Lincoln on 66 Visitors Center at the McLean County Museum in downtown Bloomington where you can learn all about Lincoln and his impact on the community, the law profession, and the country. Be sure to ask about Lincoln’s Lost Speech given on May 29, 1856 at the Bloomington Convention and the Kansas-Nebraska Act of 1854 to learn more about the relationship between Lincoln and Douglas and why their speeches and debates were so infamous. 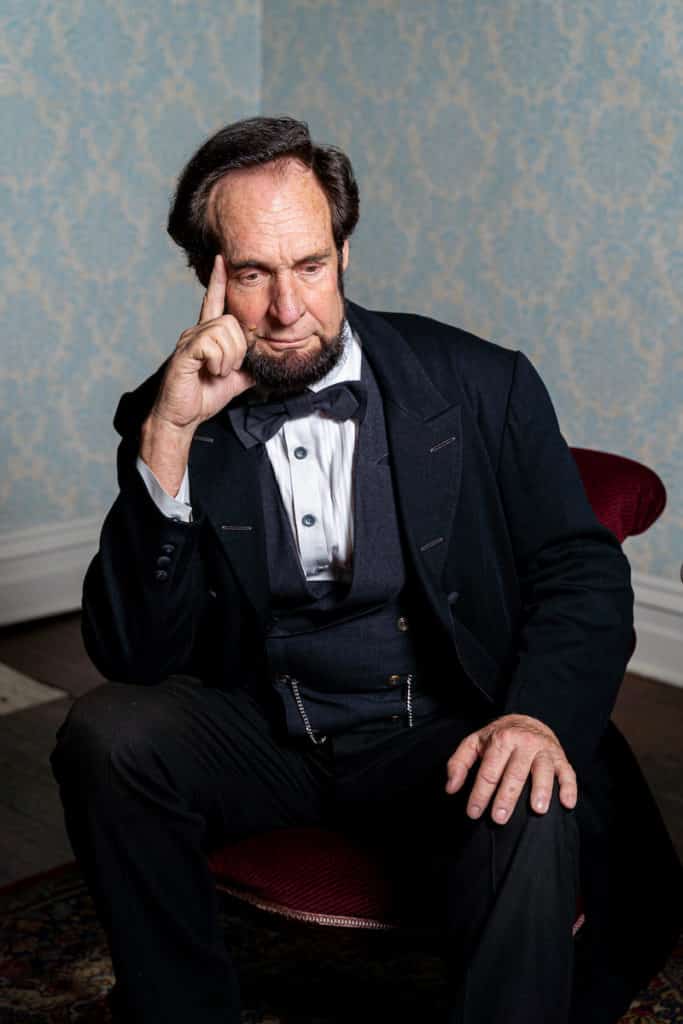 Mr. Boggs, as Lincoln, in the Vrooman Mansion parlor

Whether you’ve been looking for a homeschool field trip idea or you just love history and want to continue to learn from it, let us be your destination. Book the overnight guest room that best fits your personality, and in the morning walk out to the Lincoln Oak memorial with a fresh cup of coffee.

Choose to stay in a mansion, and come make history. 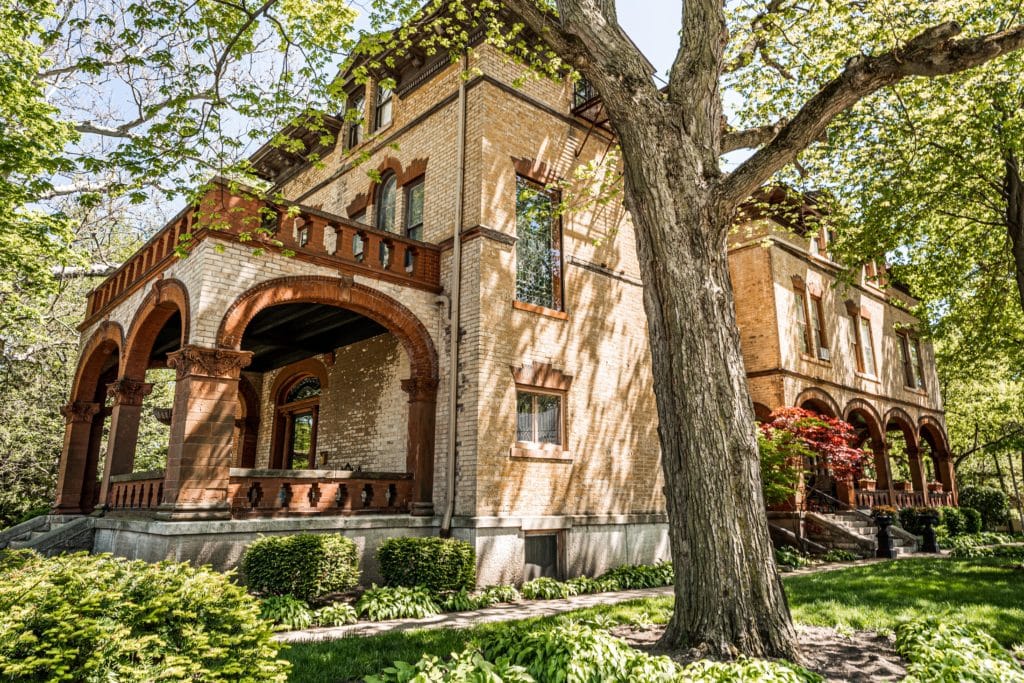 A special thank you to Dr. Fields and Mr. Boggs for giving us permission to photograph and use their images on our website.